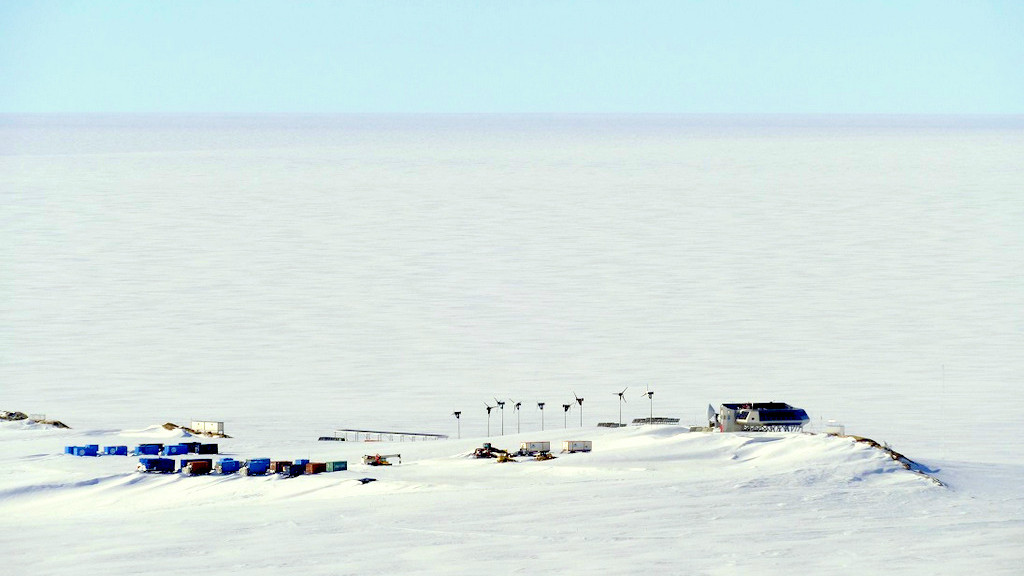 Ever since the first plane arrived on 3 November 2018 with the first members of the BELARE crew and scientists, the station has been abuzz with activity. As is usually the case, everyone at the station is either working on a scientific research project, providing support to scientists conducting their research, building new facilities, doing maintenance on the station and equipment, or helping with the logistics of running a polar research station.

A variety of research projects

A total of 17 scientific research projects are taking place at the Princess Elisabeth station this season in the fields of glaciology, atmospheric sciences, microbiology, geology, and geomagnetism.

Some research projects have sent scientists to conduct field work in Antarctica, while others have asked skilled BELARE team members to collect data and maintain equipment on the project’s behalf.

As the list of projects is incredibly long, we’ll provide a brief overview of each in separate news items to be published in the coming days. We’ll also cover a few research projects in greater detail over the coming weeks and months.

Ever since the station was completed 10 years ago, engineers and crew in the BELARE team have constantly been working to improve the infrastructure and make life easier for scientists and crew working at the station.

During the 2018-2019 season, an extension to the station is scheduled to be completed. The extension will have 16 new bedrooms, two toilets, an equipment storage area, and an indoor space to house the snow melter, which makes drinking water for the station.

Another important construction project that will take place this season is erecting a new hangar to shelter vehicles during the austral winter when the station isn’t occupied. Once completed, it will be a valuable asset to the team, as they won’t need to spend time clearing away accumulated snow from the parked vehicles at the start of each season.

We’ll learn more about the progress being made on these construction projects in the coming weeks.

The Princess Elisabeth Antarctica expects to welcome a unique visitor to the station towards the end of the season: playwright Emmanuel De Candido. He happens to be the son of Guido Derom, an aviator who lead the last Belgian Antarctic expedition in 1960 - 1961 to Belgium’s first Antarctic research station, the King Baudouin, right before it closed down.

Emmanuel is spending a few weeks at the Princess Elisabeth station in order to get the feel of what daily life in an Antarctic expedition is like. He plans to use his experiences in Antarctica to write a play about his father.

We expect to hear more from him about his experiecnes at the station.

In addition to covering many of the research projects happening at the station, we’ll also provide interesting insights into daily life at in Antarctica, as well as more information on some of the station improvement projects.

Watch this space for updates!