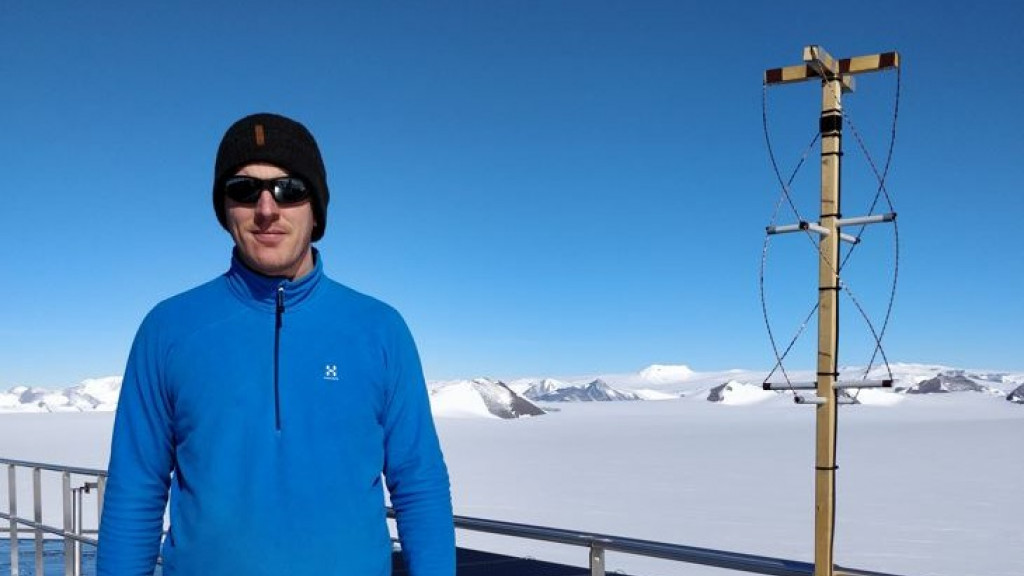 My main tasks consisted out of building electrical switchboards for the new South Annex, but also carrying out preventive and corrective maintenance on various electrical and communications systems. Outside working hours and on Sundays, there was time for recreational activities or in my case, for some of my own personal experiments.

Under the motto "waste does not exist", I recovered some pieces of wood, some used copper wire and electrical PVC tube from the demolition of the old South Annex building. It took a Sunday afternoon and a little craftsmanship to give these materials a new life in the form of a Quadrifilar Helix antenna. It had a right hand circular polarization and it was tuned for the VHF band. This particular type of antenna was ideal to receive signals from all directions, even from above which was exactly the goal of the experiment: Receiving overpassing weather-satellites and converting the received data into raw infrared images.

The satellite of interest was NOAA-19, one of three "older" satellites from the National Oceanographic and Atmospheric Administration, which have now surpassed their life expectancy by many years already. This satellite sends its images continuously through a VHF downlink to earth.

The antenna was placed on the roof of the station and was connected through a simple USB SDR-receiver (Software Defined Radio) to a computer. The first few overpasses did not work out successfully because it took a few attempts to find the correct settings. For example, because of the Doppler effect the frequency increases continuously when the satellite approaches, so the receiver must compensate accordingly for this Doppler shift. It took many failed attempts until finally an unprocessed raw infrared image appeared on the computer screen!

This raw image was then post-processed with freeware software to convert it to more comprehensible images:
- Land temperatures: Each color represents a surface temperature, indicated on the scale in the upper left corner of the image
- Precipitation: The image shows precipitation density with color gradients between red (dense) and green
- Raw IR: This image is the original image from which the other images are derived

This experiment proves once more that with limited materials and a lot of passion, patience and determination, many beautiful things can be achieved.