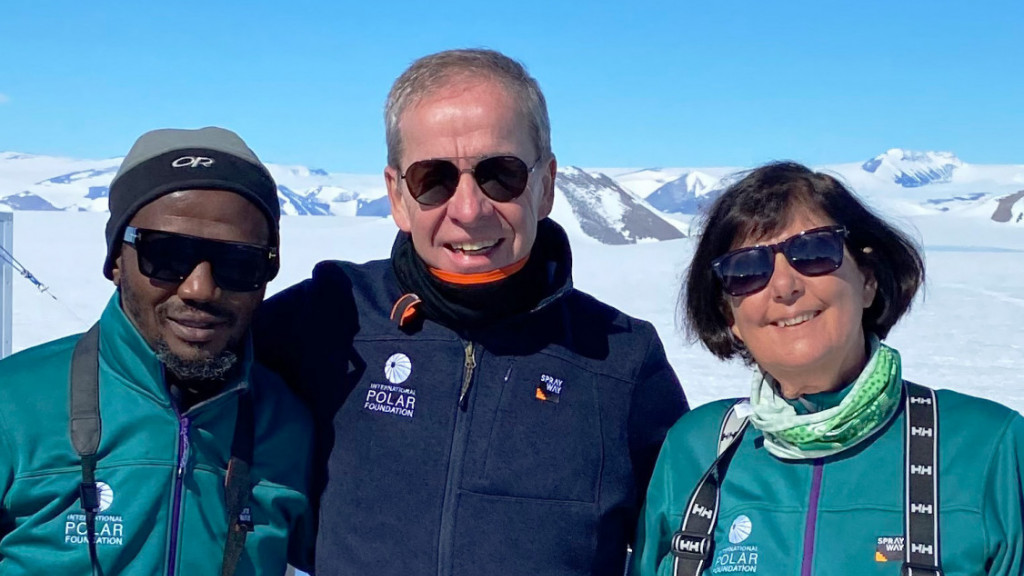 During their three-day visit, the VIPs received a guided tour of the world’s first (and so far only) zero-emission polar research station. They learned about its passive design, how the station’s energy is produced and managed, and how the water used at PEA is treated and recycled.

"For many years I've served on the Belgian Polar Secretariat, witnessing the spectacular development of the world's first zero-emission polar research station," remarked Piet Steel, Vice-President of the Belgian Polar Secretariat. "But it's an entirely different experience once you visit it for yourself. It's a powerful, efficiently-run base. It has a professional crew that works day and night to support scientists with their work at the station or in the field. The International Polar Foundation and Belgium as a country can be very proud of everything that has been accomplished at the Princess Elisabeth Antarctica as an example of sustainable management of a scientific base in a very ecologically demanding environment."

With a short plane ride from PEA, Minister Creecy and Mr. Ndlela also used the occasion to visit the South African research station, SANAE IV, and their scientific vessel, the Agulhas II, which was resupplying their station.

A platform for education

As an example of using PEA as an educational platform to encourage young people to pursue careers in STEM (science, technology, engineering, mathematics) subjects, Prof. Rignot gave a live online lecture to a group of 400 students at UCI live from the station’s tower, which has an impressive view of the surrounding landscape. His students were amazed by the natural beauty of Antarctica, the zero-emission design of the station, and the ambition to create a future University of Antarctica that will offer ample opportunities for young researchers to conduct scientific work on the continent.

"People who come visit PEA will be impressed by the station design, which is an example to follow in other parts of Antarctica,” Professor Rignot stated. “The station also provides a unique vantage point to pursue innovative science in East Antarctica, improve our understanding of the impact of climate change on the continent with a low carbon footprint, and learn how to better protect it for future generations. If we can achieve this here, in the harsh environment of Antarctica, we can do it anywhere on the planet!”

The visit of the VIPs, which had been planned for some time, also fit well with the logistical planning of the season. Preparations for bringing passengers in and out of Antarctica must be made several months in advance - although the weather can sometimes delay a scheduled flight by a day or two.

Their arrival was scheduled to coincide with the departure of the scientists from the HYPERNETS and BAMM projects (the latter project having discovered a meteorite weighing 7.6 kg!) and the arrival of new station crew members.  The VIPs’ departure coincided with the departure of additional crew members who had completed their mission at the Princess Elisabeth Antarctica for the 2022-23 season.

Now the last phase of the season has begun. Once the components of the water treatment unit have been unloaded from the ship, the IPF team will work hard to install it before the season ends in mid-February.

It will be a very busy few weeks!