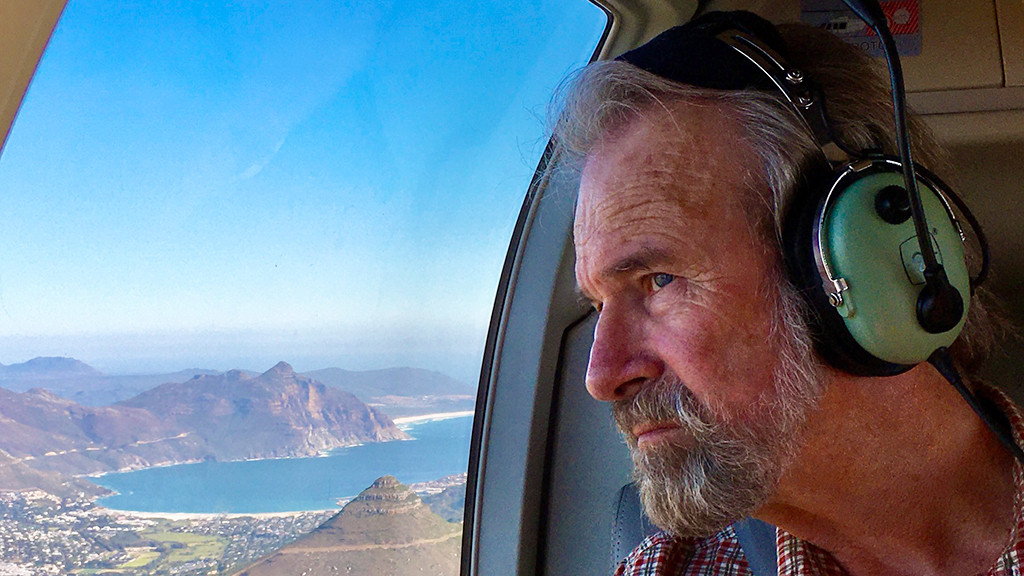 The 68 year-old Swiss-American glaciologist was a giant in the world of polar research. One of the world's leading experts on the Greenland Ice Sheet and climate change, his career spanned 40 years and was marked with several major accomplishments. His work as a researcher contributed significantly to the understanding of glaciers, ice sheets, and sea ice, and also contributed to the regular Assessment Reports released by the Intergovernmental Panel on Climate Change (IPCC).

From 1986 until 2012, Prof. Steffen worked at the Cooperative Institute for Research in Environmental Sciences (CIRES) at the University of Colorado Boulder, where he became a visiting fellow in 1986, a professor in 1991, and Director of CIRES in 2005.

At CIRES, Prof. Steffen mentored many of today’s prominent polar scientists, including current CIRES Director Waleed Abdalati, Julianne Stroeve of University College London and the National Snow and Ice Data Center (NSIDC), and Jason Box of the Geological Survey of Denmark and Greenland.

In 2012, Prof. Steffen returned to his native Switzerland to become Director of the Swiss Federal Institute for Forest, Snow and Landscape Research. He was Scientific Director of the Swiss Polar Institute and Switzerland’s delegate to the Scientific Committee on Antarctic Research (SCAR). He was also an active and dedicated member of the International Glaciological Society (IGS) for the duration of his career.

Koni was a close friend and an enthusiastic supporter of the International Polar Foundation, always ready with advice and good counsel.  Not only was he an Honorary Member of the IPF, but he also participated in the Foundation’s activities.  He was on the Fellowship Committee of the Baillet Latour Antarctica Fellowship, spoke regularly at the Arctic Futures Symposium, and was to become the first Vice Chancellor of the Andromeda Antarctic University, the current project of the IPF.

He was an admirer of the Princess Elisabeth Antarctica (PEA) Station and its Zero Emissions philosophy, and regularly advised on the scientific direction of the station.  He was very interested in the data that could be collected at the Princess Elisabeth Station, as it was in the middle of a vast, hitherto little-monitored area of East Antarctica, and the data would be valuable for mathematical models on climate.  He donated three Automatic Weather Stations that he had designed to the station. He event travelled to Antarctica to install them: one on an ice field, one on the Antarctic Plateau, and one at the station’s airfield.

Koni had a profound grasp of the bigger picture and wanted to help to integrate the valuable data from PEA into regional mathematical models to improve the resolution of the surface mass balance (SMB) models.  He provided the equipment to start off the meteorological balloon launches from the Princess Elisabeth Station, (under the ACME Project) with the IPF and the Royal Meteorological Institute (KMI/IRM) of Belgium.

For several years, Alain Hubert and Nighat Amin from the IPF used to travel to Greenland to help out at Swiss Camp. The building campaigns were one of the highlights of the year for Alain Hubert, who is an accomplished carpenter.

Koni’s openness and warmth meant that scientists of all ages gravitated towards him, and some of the most interesting conversations were to be had, eating sushi hand-made by a NASA researcher on the ice at Swiss Camp. Whether at Swiss Camp, Boulder, Zurich, or Davos, Koni was always encouraging exchange and debate on the importance of science in society.

Koni enhanced life. He will be deeply missed by all. Our thoughts are with his children, for whom he always found time to create the most wonderful experiences.