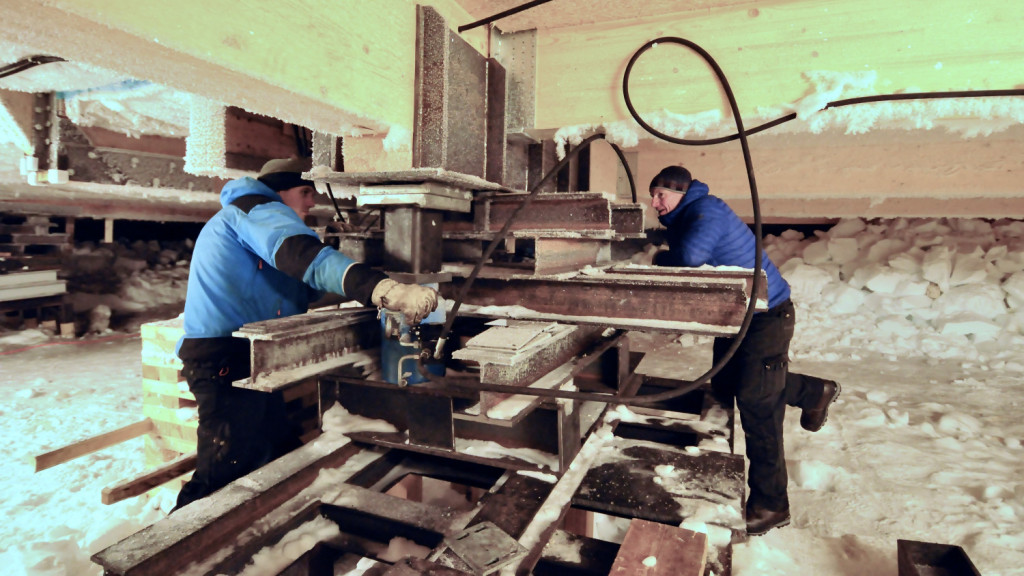 Engineers who recently arrived at Princess Elisabeth Antarctica have already begun checking up on equipment left there during last season by scientists. Thanks to its satellite link, instruments running autonomously at the station collected data and sent it to scientists in Europe during the eight months the station was uninhabited but still operational.

Every season, instruments of the CLIMB project need to be reinstalled outside, on the station’s roof, or in a dedicated scientific shelter located nearby the station for a new summer of data collection. Although there are no scientists from the project at the station, IPF staff work in collaboration with engineers on site to install all necessary equipment to monitor clouds, precipitation, aerosol particles, and the thickness of the ozone layer.

Meanwhile, scientists from the Royal Meteorological institute (IRM/KMI) in Brussels rely on IPF staff to conduct radiosounding balloon launches in the framework of the ACME project. Each meteorological balloon launch allows the measurement of atmospheric parameters such as temperature, wind speed, wind direction, relative humidity, pressure, etc. Data collected will be used for weather forecasting and the interpretation of larger-scale meteorological phenomena in Antarctica.

Other projects require human presence and activities on site such as the ANTSIE project from Durham University (UK). This project will benefit from the presence of a biologist in the IPF team to recover the GLS (global localization sensor) loggers that the ANTSIE team installed last year on the legs of some of the local snow petrels breeding on the nearby Utsteinen Nunatak. Other tracking devices such as GPS loggers were installed on their tails to learn more about their diet and foraging behaviour.

Buildings on the move:

The ice on which the annexes of Princess Elisabeth Antarctica are built moves at about 9 cm each year. While this is not an issue for the main station, which is built on a granite ridge, it is a challenge for the station’s annexes, which need to cope with this unstable reality.

This past week, the lead team worked to lift up the building, countering the glacier's movement, and levelling all of the station’s annexes. This process took a few days to complete, as each beam needs to be raised centimetre by centimetre at the time to reach the right height, which is determined using a laser pointer. The team usually performs this task twice per season; once upon arrival at the station and once again at the end of the season before departing to compensate for the glacier’s movement during the winter months.

Thanks to amazing meteorological conditions - strong wind and sun - the station is now producing enough energy to run at full power. This is just what the team needs to run all the vital systems for communication, electricity production, water production, water treatment, and scientific equipment, with some extra power to spare!