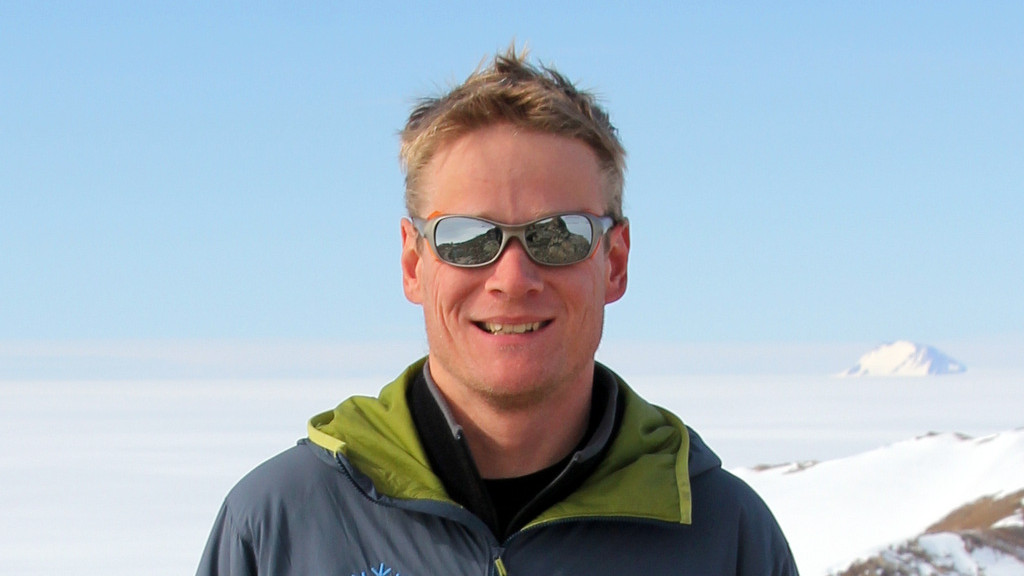 What kind of research were you doing in Antarctica this year? Could you tell us what your goals were during the 2018-2019 season?

Antarctica gains mass via snowfall. But the windy conditions continuously erode snow from the surface, depositing it somewhere else. This is a very complex process to understand.

Sometimes, dunes that form in a single drifting snow event are of the same height as the amount of snowfall over the entire year. My goal during the 2018-2019 season was to collect measurements of snow accumulation and snow properties.

I used a terrestrial laser scanner to get a detailed map of how the snow surface changed during our stay at the camp. This way, we can see where snow erodes and deposits due to snowfall and wind.

I also had a SnowMicroPen with me, a high precision instrument to measure snow properties (for example density and grain size) in the upper metre of the snowpack. Near the coast, this is roughly the amount of snowfall per year, so these measurement show the snowfall events over a full year. We can thereby compare the snow structure from snowfall events in winter to those in summer.

Why did you accompany the MASS2ANT project team from the ULB on their mission to extract ice cores from the ice shelf?

The measurements I took during this trip complement another ongoing measurement campaign near the station from the Swiss Federal Institute of Technology Lausanne. They kindly allowed me to borrow their instruments for this campaign.

It was great that you were able to film some of the action of the ice core drilling team. What motivated you to film everything?

Working as a scientist, I often read papers and hear talks about ice core data revealing past climate conditions. But I never was aware what has to come together to drill those cores. It turns out it's a tremendous effort! Seeing the whole process in action, I realized that it's worth filming it. For the team, it's useful as documentation of how they collected their data.

Also, different drilling teams from all over the world can learn from each other by looking at videos of other drilling campaigns. And last but not least, I also think that it is very important that scientist not only collect data in the field, but also use the opportunity to show the general public about these unique places, and the scientific work going on.

You took some astounding aerial images of the traverse and drilling site with a drone. How were you able to do this? Did you take your own drone to Antarctica?

Actually, it was my first experience with drones! I bought the drone just a month before leaving for Antarctica.

It's clear that drones have added a new, unique view to film making. So I was sure that in a place like Antarctica, a drone would be able to deliver a unique perspective.

It's also impressive how accessible the technology has become. I was impressed with how easy it was to fly the drone, how stable and how resistant they are to high winds and low temperatures.

The day we left the Princess Elisabeth Station, it was very windy. You can see it on the video how the snow is blown from the Prinoth tracks.

It was very challenging to fly the drone: I got a constant stream of warnings and it was difficult to control the flight. However, looking at the footage, it's incredibly stable and beautiful.

Of course, it's important to keep the batteries and preferably also the drone in a warm spot. And when there was wind, I generally started flying against the wind, such that in case of low battery, the drone would not need extra power to fly back against the wind.

I also never exhausted the batteries to their limits, especially in cold conditions. There is always a risk with wind and low temperatures that the battery cannot keep its temperature and the output power drops rapidly.

And lastly you need some cold-resistant fingers! Without gloves, it's easier to operate and you have a finer, more accurate control over the movements of the drone.

How was your overall experience in Antarctica this past season? Did it live up to your expectations? What was daily life like?

As always, Antarctica is a beautiful place! It's just incomprehensible how much ice is stored on the continent: ice as far as the eye can see! You feel every day that the place is not for humans, it's a privilege to be there, and you need to do a step back.

So often in our modern daily life, we are used to have some kind of control over most aspects in life. But in Antarctica, you have to surrender to the conditions. Antarctica dictates. It requires a team effort to get the work done. Luckily, you find yourself often with like-minded people, or for sure you will become like-minded as there is no other option than to work together.

What I also like is that without WiFi and 4G, and minimal satellite internet only for urgent issues, you get one of those unique opportunities to disconnect from the rush of daily life.

As a scientist, these are the rare moments that, while being in the environment you study, you have time to think and develop new ideas.