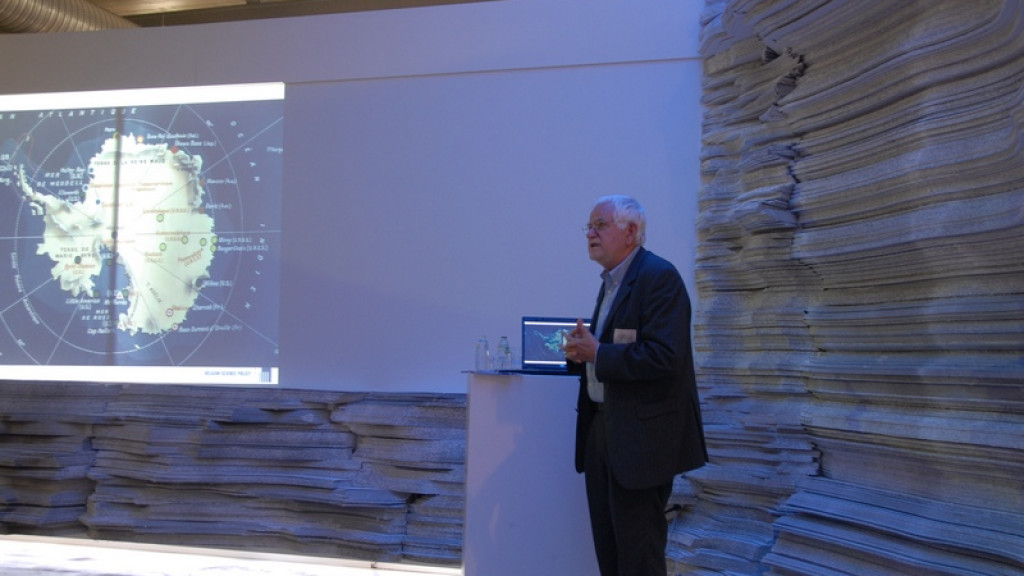 After a short presentation by IPF's science education manager, Sandra Vanhove, an introduction to the "zero emission" concept of the Princess Elisabeth Station in Antarctica was given by project coordinator, Johan Berte. The documentary "Station Princess Elisabeth: Building the Future" was shown to the public to illustrate the Station's scientific context. Prof. Hugo Decleir then added a basic overview about the scientific research to be undertaken at the Princess Elisabeth Station, before the meeting  was rounded off by IPF pedagogical officer Isabelle Dufour with an explanation on "Class Zero Emission" and a detailed tour of the workshop.