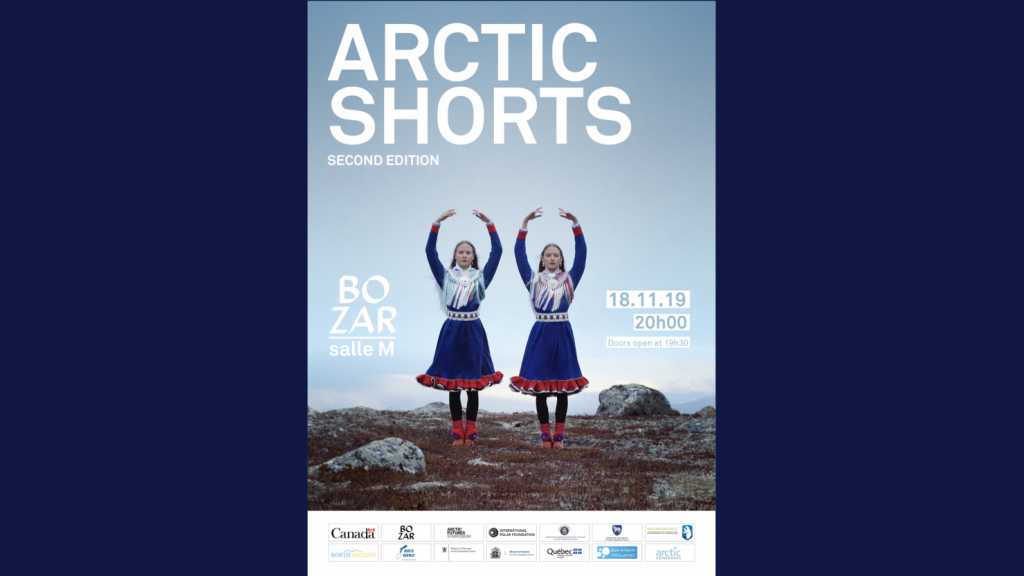 The Arctic's diversity on display

An official side event of the annual Arctic Futures Symposium, and part of the BOZAR Nordic Fall programme, the Arctic Shorts film evening included seven short films by film makers from all across the Arctic.

Following introductory keynotes from Chris Cooter, Chargé d’Affaires at the Mission of Canada to the EU, and a brief opening statement from Martha Otte, the Director of the Tromsø International Film Festival, the audience was treated to works made by filmmakers from Arctic Canada, Greenland, Iceland, the Faore Islands, Norway, Sweden, and Sápmi / Finland.

After the films were shown, two of the filmmakers who were able to make it to Brussels to show their films took part in a panel discussion led by Martha Otte.

Executive Director of Wapikoni Mobile Odile Joannette whose film Katatjatuuk Kangirsumi was shown, and Inuk Jørgensen, the Director of the Greenlandic Film Home, responded to questions about their respective films. In addition to discussing their sources of inspiration, the two of them discussed topics such as the significant number of young indigenous peoples working in the arts to promote indigenous culture, and to address the problems their regions face due to climate change.

A big thank you

The International Polar Foundation would like to thank the Mission of Canada to the EU for the lead role it played in making the second edition of the Arctic Shorts film evening happen, BOZAR for hosting the event and making it part of its Nordic Fall programme, and all the Arctic Futures Symposium partners who helped provide the films selected for the event.

And special thanks is also owed to the general public, which again proved that there is a strong interest in Arctic culture in Brussels!