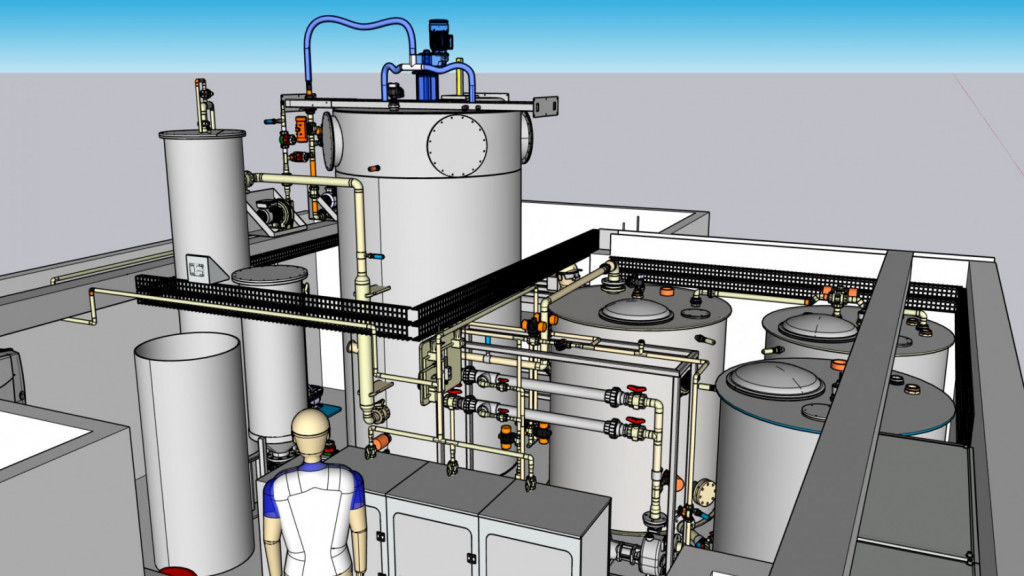 This week, eight members of the BELARE team including engineers, mechanics, a Prinoth driver, and carpenters led by expedition leader Alain Hubert travelled to the Perseus runway 60 km from PEA to groom the landing strip.

In addition to preparing the runway, which is now managed entirely by IPF, the team is also in the process of renovating the hangar where snow-clearing vehicles and safety equipment are stored.  The team is constructing an office for communications, a kitchen, a mess area, and a dormitory with several bunk beds in case travellers need to stay overnight while travelling to their final destination.

Reconnaissance mission to the coast

After the new year, Alain and a small team will make their way to the coast of Queen Maud Land to do reconnaissance in preparation for the arrival of a boat bringing food, supplies, and most importantly a new water treatment system for the Princess Elisabeth Antarctica. This task is necessary to assess where the team can safely unload cargo from the boat, as the ice moves constantly, the ice edge height varies from place to place and crevasses may form.

In addition to bringing supplies, the boat will also bring back to South Africa 22 containers of waste that cannot be treated or recycled for other use at the station. These containers are currently being placed on sledges that will be brought to the coast by Prinoth tractor when it’s time to do the 200 km traverse in mid-January. Once in South Africa, the waste will be treated and recycled appropriately.

During the summer and autumn, the IPF engineering team assembled and tested the new water treatment system in Belgium before it was disassembled, packed up, and shipped from the Port of Antwerp to Antarctica via Cape Town. As the boat makes its way across the Southern Ocean, a team of carpenters at PEA is modifying the station’s south annex in order to accommodate the much larger water treatment system equipped with a voluminous bioreactor and other water tanks.

IPF’s team of engineers, plumbers, carpenters, and technicians will then assemble the water treatment system (WTS) during the months of January and February. As the expedition is scheduled to end mid-February, this will be a challenge, but a challenge our team is more than capable of handling.

The old water treatment unit will still be working in parallel while the new water treatment system is being installed. Some parts will continue their life as buffers to enhance the capacities of the new WTS.

The new WTS will go online at the end of this season for testing and be fully operational at the start of the 2023-24 BELARE season.

The scientists stationed at PEA continued their work.

For about a week, scientists from the BAMM project led by Vinciane Debaille (ULB) were camped out at the south-western edge of the Sør Rondane Mountains looking for micrometeorites on ice, nunataks, and moraines. Having found four meteorites - including one larger than a tennis ball - their field campaign can so far be considered a success. With bad weather approaching, the team of meteorite hunters returned to PEA this week. They’ll spend the rest of their time in Antarctica making day trips to target locations closer to the station.

Last week, Quinten Vanhellemont from the Royal Belgian Institute of Natural Sciences (RBINS) deployed HYPSTAR® (HYperspectral Pointable System for Terrestrial and Aquatic Radiometry) equipment in the field for the Horizon 2020-funded HYPERNETS project. Using one of the mobile power container units covered in solar panels that IPF engineers Guus Luppens and Johan Demuylder built a few seasons ago, Quentin is using 100% renewable energy to power the project’s instruments. Quentin is already receiving data and is happy with the results.

Finally, PEA Science Liaison Officer and biologist Henri Robert has been following up on the work of the ANTSIE project managed by Durham University in the UK. You may recall that last season, two researchers placed GPS and global localization sensors (GLS) on the legs of snow petrels nesting on Utsteinen Nunatak close to the station. Their aim is to study the birds' foraging range and feeding habits, as well as to reconstruct histories of snow petrel diet and the sea-ice environment. Henri has been finding back the snow petrels that were tagged last year and collecting the GLS units. The data collected will allow them to see not only where and how often the snow petrels have flown to the coast to get food for themselves and their chicks but also to monitor where the birds spend their time during the winter months.

Image: 3D drawing of the new water treatment system that will be installed at PEA in January and February 2023.