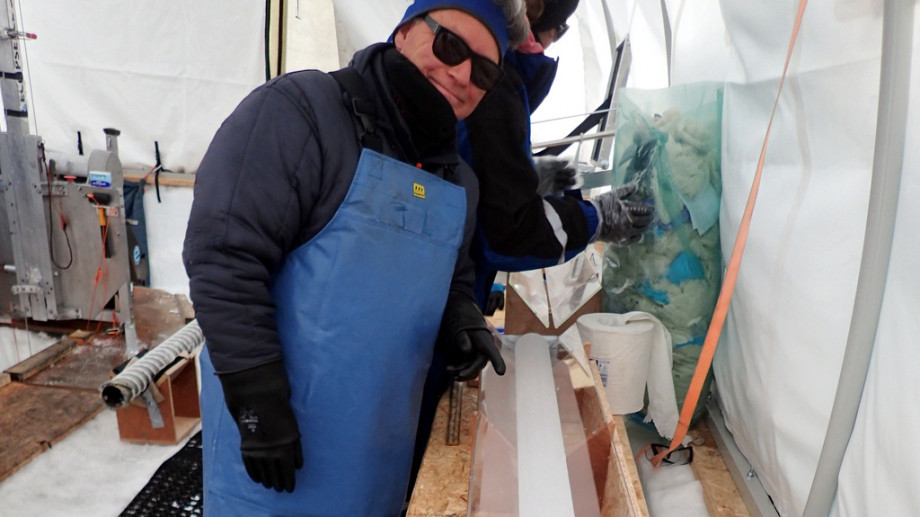 Antarctica and its role in the Earth System
Along with loss of biodiversity, global sea level rise is one of the most alarming consequences of climate change. The Antarctic Ice Sheet, which holds the largest frozen fresh water reserves on the planet, could be one of the largest contributors to global sea level rise, should a significant portion of its ice melt. This is why it is essential to study how the ice sheet’s mass has evolved over time and how fast it might be losing ice.

Similar to previous seasons, the mission of the scientists was carried out in a coastal region (Princess Ragnhild Coast) situated 200 km from the Princess Elisabeth Station. In this region, one can find many ice shelves (structures formed by ice from the Antarctic Ice Sheet that flows off of the continent and out over the sea). However, how these ice shelves have changed over time is little understood, an issue that the scientists of the Mass2Ant project are trying to resolve by looking at the ice rises nearby. Ice rises are small individual ice domes built on submarine bedrock highs. They often interfere with ice shelves at their margin, but have their own simple flow, which makes them ideal paleoclimatic “dipsticks”.

A team from the International Polar Foundation, operator of the Belgian station, accompanied the scientists on their trip to the coast, providing them with the technical and logistical support they needed to extract a 260 metre ice core, the longest well-preserved ice core the project has been able to obtain in one season from an ice rise. The team used a fluid developed specifically for deep ice core drilling, which prevents the ice cores from being damaged (a common problem researchers can encounter when they drill deep ice cores). While it was a challenging technical feat to accomplish, the scientists were happy with the result of the team’s efforts.

500 years of climate history
With the 260 metre ice core they were able to extract (about half of the depth of the 560 metre-deep ice rise), glaciologists will be able to analyse more than 500 years of climate history from this remote region of the coast of East Antarctica, including the transition to the Anthropocene, and the rise of man-induced climate changes. This will make it possible to reconstruct past climate in the region, which will in turn contribute to modelling present and future climate change, including sea level rise.

You are also encouraged to have a look at a related interview with Prof. Jean-Louis Tison from the ULB Glaciology Laboratory on the International Polar Foundation Website. You are welcome to cite text from it, as long as you give full attribution.