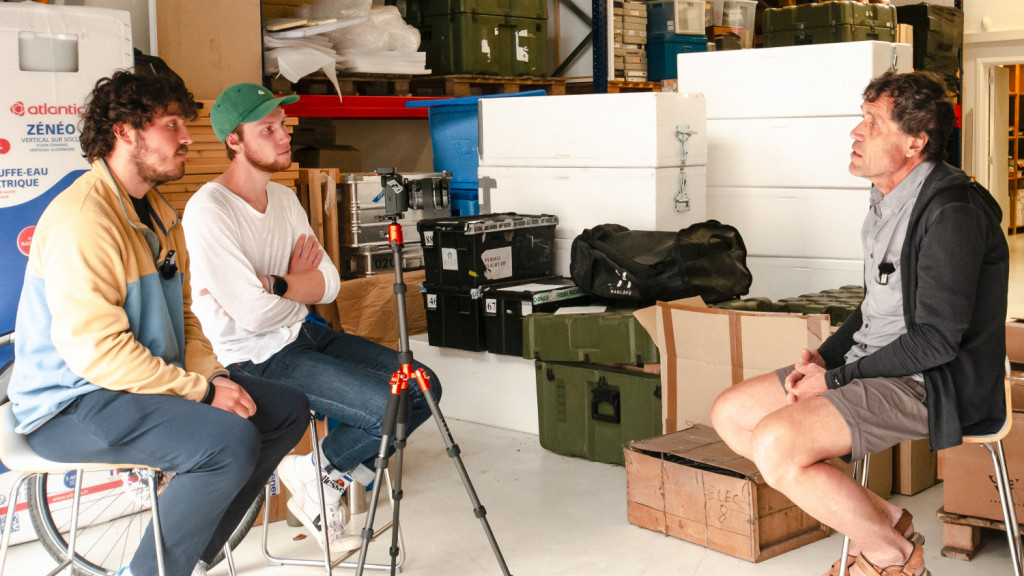 In March, Michael and Roman left their homes in Central France to cycle across 11 European countries with the aim of collecting interviews from European citizens about their environmental concerns. They've also been speaking with climate innovators working on initiatives that are helping the world to transition away from carbon-intense energy sources and towards more renewable and sustainable ones. The two travelling friends plan to use the interview footage they've been collecting along their months-long journey to produce a seven-episode documentary.

During their interviews with the two young activists, Alain and Henri discussed the design, construction, and operation of the world's first zero-emission polar research station, the Princess Elisabeth Antarctica. They stressed that in addition to society transitioning to more renewable sources of energy, having a different attitude towards energy use is also important, as we all need to learn to use less energy and live more sustainably.

The pair of activist cyclists hope that once completed, the documentary will "provide our generation with keys to understanding and inspiration to help them get started and do their part in the green transition."