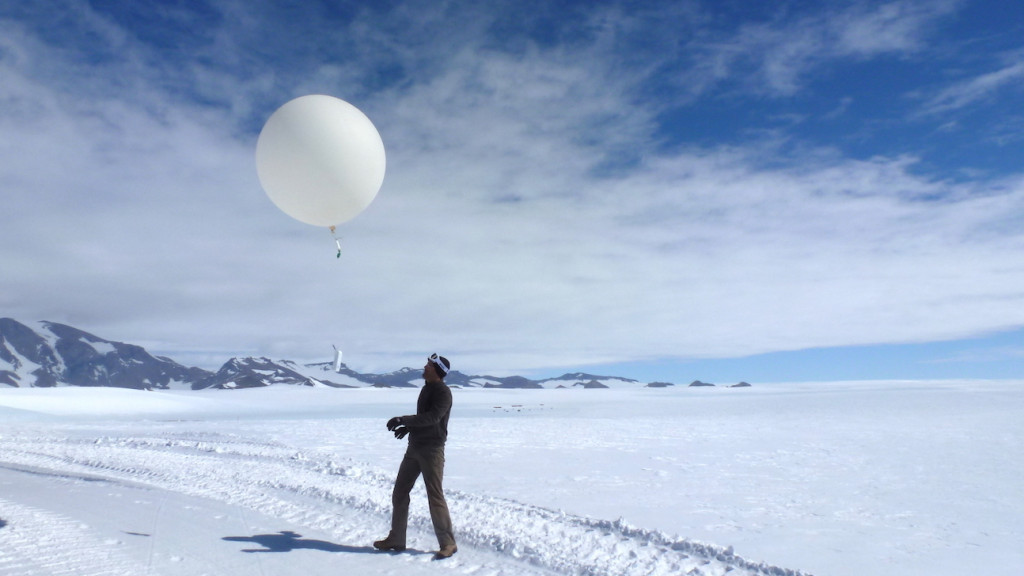 The role of clouds, and their interaction with radiation and aerosols, are well known to be key elements of the climate system. Surprisingly, although finding out more about this is high on the international research agenda, very little is known about these interactions in Antarctica.

Further, clouds exert a large influence on the temporal and spatial variability of Antarctic surface energy and mass balance. Aerosols, mostly carried to Antarctica via long-range atmospheric pathways, strongly affect cloud formation and their ability to produce precipitation. However, the exact role of cloud properties is largely unknown.

The AEROCLOUD project will help solve these mysteries by gathering the following insights concerning the East Antarctic climate system: What is the role of clouds and aerosols and what is the inter-relation between these aerosols and clouds?

The starting point for this research is the meteorological-cloud-precipitation-aerosol observatory that was established during 2009-2012 at Princess Elisabeth in the framework of two BELSPO projects (HYDRANT and BELATMOS). Detailed measurements from the observatory will be used to evaluate and improve the regional climate model CCLM. An important advantage of the CCLM is the inclusion of a detailed parametrization scheme that takes into account the effect of aerosols on cloud microphysics.

Dr. Alexander Mangold is a German scientist who has been working with the Observations Department at the Royal Meteorological Institute of Belgium since 2005. He manages the institute’s research on aerosols, UV and ozone at the Princess Elisabeth Antarctica research station. So far, Dr. Mangold has participated in six expeditions to the station where he not only built an observatory to monitor aerosol, ozone and UV, but also carries out radio soundings using weather balloons. During the 2017-2018 scientific expedition to Princess Elisabeth, he will focus most of his time conducting project AEROCLOUD but will also be busy with the CHASE project, in partnership with the University of Ghent and Université Libre de Bruxelles.

Video of Dr. Mangold talking about his research

AEROCLOUD is a collaborative project of KU Leuven, the Royal Meteorological Institute of Belgium and the Royal Belgian Institute for Space Aeronomy