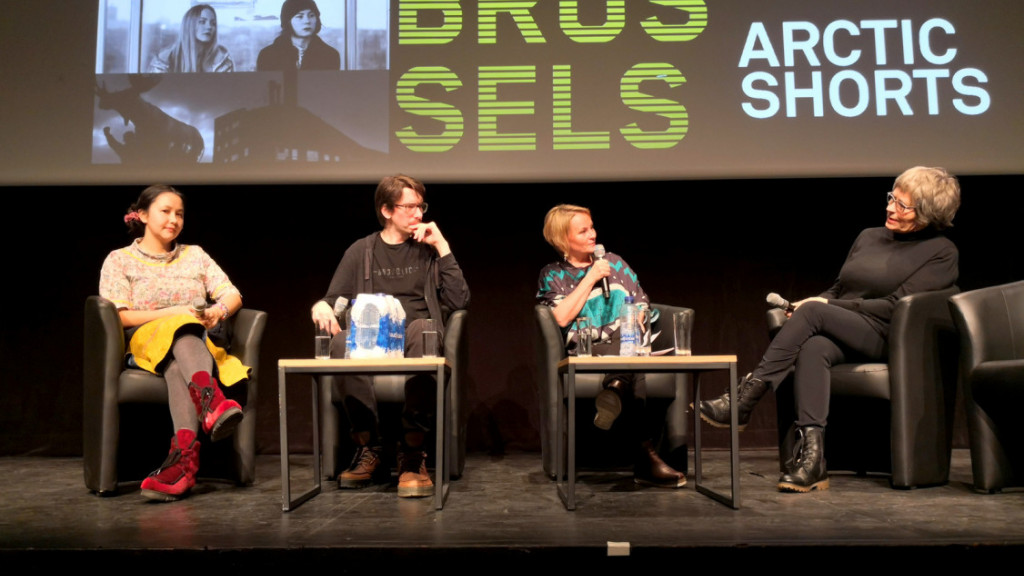 As part of the Arctic Futures Symposium, the programme for the evening featured nine short films focusing on Arctic youth from a variety of different perspectives. The films were made and produced by filmmakers from all across the Arctic region.

Following introductory remarks from Olivier Malvoisin from the International Polar Foundation, the Deputy Head of the Mission of Canada to the EU Alan Bowman, and the EU’s Ambassador at Large for the Arctic Marie-Anne Coninsx, the Arctic short films were projected to a sold-out crowd of more than 350 people.

After the films were projected, the audience was treated to a 20-minute discussion with two of the filmmakers: Asinnajaq, a young Canadian Inuk artist who presented her film “Three Thousand”, and Sakaris Stórá, a young filmmaker from the Faroe Islands who presented his film “Summer Night”. The discussion was led by Anne-Lajla Utsi, CEO of the International Sámi Film Institute, and Martha Otte, Director of the Tromsø International Film Festival.

The International Polar Foundation would like to thank all of its sponsors and partners, without whose support this event would not have been possible.

All partners and the filmmakers were very happy to see the strong interest from the general public in Brussels in Arctic films! Arctic Shorts will certainly return!