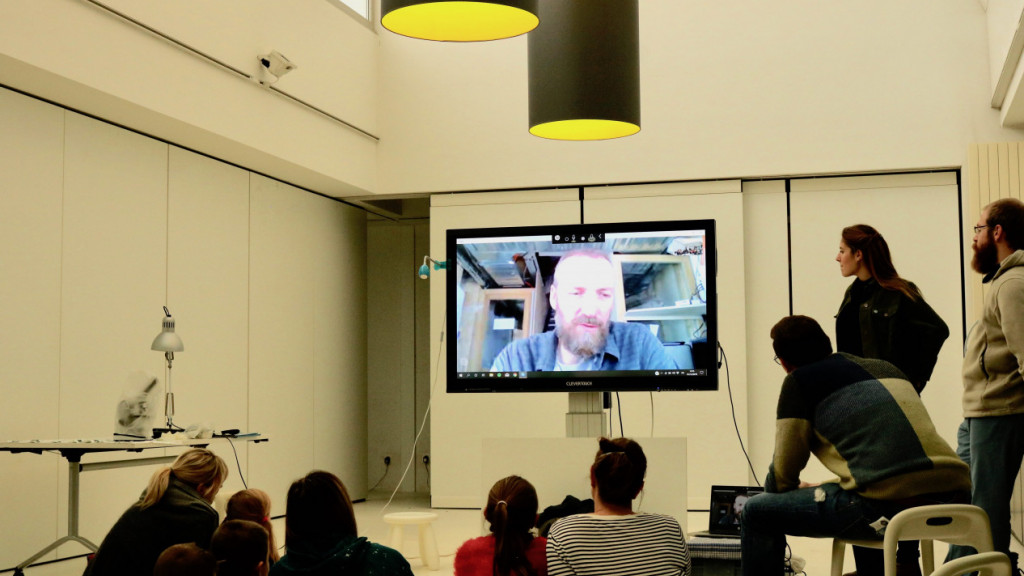 During the day, different activities were organised to present to parents and children the scientific activities conducted by Belgian researchers in Antarctica. Models of the Princess Elisabeth Antarctica station were on display so everyone could get to know the world’s first zero-emission polar research station. Attendees played exciting games to better understand the differences between food webs in the Arctic and the Antarctic, while children were able to look through microscopes to observe microorganisms that inhabit the ice-covered continent.

After getting treated to the breathtaking views of the Antarctic landscape as seen from the station, Henri was asked several questions about the daily life at the Princess Elisabeth Antarctica. These questions raised awareness about the future environmental challenges caused by climate change and led to discussions about the need to preserve Antarctica.

The last question for Henri from one of the children, who asked if Antarctica worth all the trouble needed to get there, and if Santa Claus delivered gifts there, too. Henri replied that at the station they have always received a lot of chocolate for Christmas.

It looks like we’ve piqued the interest a future generation of young Antarctic scientists, whom we hope to see at the Princess Elisabeth Antarctica in the not too distant future!

Why do we celebrate Antarctica Day?

On the 1st of December 1959, the Antarctic Treaty was signed in Washington, DC by the twelve original signatories (including Belgium) that had significant scientific interest in Antarctica at the time, and had recently participated in the International Geophysical Year 1957-1958. Becoming a signatory to the Antarctic Treaty means accepting to preserve Antarctica as a place free of military activity to be used for peaceful scientific research purposes only.

The treaty entered into force on 23 June 1961. Since then, dozens more countries have signed on to the treaty, and today 54 countries are signatories.

Many subsequent conventions have also seen signed and entered into force since the original treaty was signed, including Agreed Measures for the Conservation of Antarctic Fauna and Flora, and the Protocol on Environmental Protection to the Antarctic Treaty.