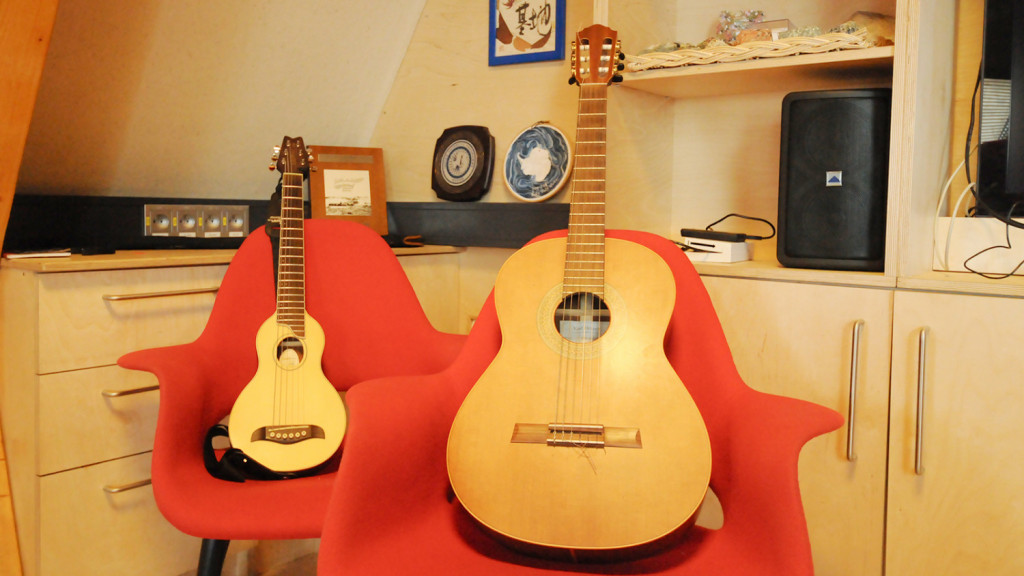 The Intercontinen7al initiative is the brainchild of amateur musician Matt Smith from Columbia, Maryland in the United States. After COVID-19 restrictions made it difficult for him to play with his bandmates in the  Baltimore-Washington, DC area band Toast, he started using the BandLab online platform to compose and record songs with fellow local musicians.

Not long after he started this collaboration, he realised the potential for the platform and set his sights on a much larger ambition: record an album with contributions from musicians from all seven continents.

“If I could collaborate online with local musicians using BandLab,” Matt explained. “I thought ‘Why not try it with musicians from all over the world?’”. Matt was inspired by the rock band Foo Fighters and their album Sonic Highways, which includes songs that were recorded in various cities across the United States.

Responding to the call

In hopes of finding someone who could contribute to the Intercontinen7al initiative from Antarctica, Matt contacted the International Polar Foundation in September 2020, two months before the start of the 2020 - 2021 Antarctic research season.  Luckily for him, Aymar de Lichtervelde, who was scheduled to go to Antarctica during the 2020-2021 austral summer research season to work on the station’s water production and treatment systems, agreed to take part in the initiative.

An amateur classical guitarist who keeps a guitar at the Princess Elisabeth Antarctica Station, Aymar contributed to the album in his spare time during his scheduled work this season.

"He asked me if I could play the intro to one of the songs he was composing,” Aymar recalled. "He told me the key to play it in: A minor. When I found some time, I recorded the intro on my phone and I sent it to him. Eventually, he was able to integrate my recording into one of the songs on the album.”

Aymar’s recording ended up becoming the introduction to the song "Manor Hill" on the Intercontinen7al album.

Ultimately, Matt managed to get 22 musicians spanning all seven continents to take part in the project, including a drummer working in Antarctica at the French-Italian Concordia Station.

One by one, the musicians recorded their assigned parts, and Matt put everything together into complete songs. In total, he and the other musicians were able to put together 12 songs for the Intercontinen7al album. Each song has contributions from musicians from at least two different continents. The song Aymar contributed to, Manor Hill, features artists from all seven continents.

All for a good cause

Sales from the album will go towards supporting COVID-19 relief efforts. Matt and his team wanted to give any proceeds from the COVID-19 Relief Fund, which provides financial assistance to individuals impacted by the pandemic and organisations coordinating relief efforts.

Anyone can purchase the album on the Intercontinen7al website or listen to it on platforms such as Spotify, Amazon, or iTunes and make a contribution.

Matt Smith was grateful to everyone who contributed to the project and found it extremely rewarding. Connecting people that have never met one another and uniting them for a good cause shows the power of modern technological solutions.

“I never thought in a million years that the project would grow exponentially the way it did,” Matt explained. “I can’t thank Aymar enough for his contribution. This project is a good example of what can be accomplished when we put our heads together for a good cause.”