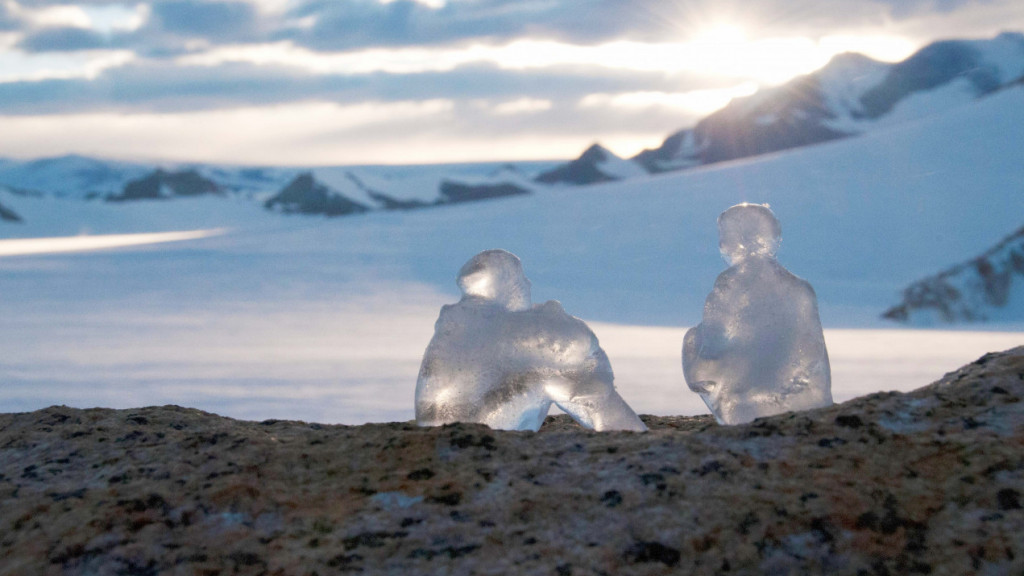 Initially planned to open in April 2020, the Penelope Project exhibition was postponed due to the COVID-19 pandemic. However the City of Besançon has decided to show part of the Penelope Project in an exhibition entitled "Le Bureau des expositions potentielles - Fonds de diffusion d'art contemporain de la ville de Besançon" at the city’s Museum of Fine Art and Archaeology starting on February 24th.

In this interview, Marie discusses the inspiration behind the art installation, which she hopes will encourage people to think about climate change and the actions they can take to combat climate change.

What does the Penelope Project consist of?

The Penelope Project consists of a multi-media art installation that draws inspiration from the relationship between Penelope and Ulysses in the Odyssey and seeks to foster reflection on key themes such as climate change and current political issues. The project took place over a period of two years and was done through the realisation of time lapse footage of ice dolls that were made with latex and plaster moulds produced in France.

What was your source of inspiration for the Penelope project?

When I was doing a residence in France in 2017, my partner Benoît Verdin, who is now a technician at the Princess Elisabeth Antarctica Station, told me he was offered a job there and had to leave on a months-long mission.

At first, I had trouble accepting my partner’s impending departure. It would mean delaying the projects we had planned at that time. I quickly realized that Benoît’s trip to Antarctica was a unique opportunity for both of us, for him to grow professionally, and for me to find inspiration as an artist.

The relationship between Penelope and her husband Ulysses in the Odyssey was my primary source of inspiration for the project, which is where the project got its name. The project is the metaphor of Penelope waiting for her husband Ulysses to return from his expedition in the Odyssey. Like Penelope, I waited for Benoît to return from his mission in Antarctica.

Benoît’s experiences in Antarctica were also a source of inspiration. As I couldn’t travel with him to Antarctica physically, he agreed to be my eyes and ears while he was there. The continent’s icy, inaccessible desert expanses stimulate one’s imagination.

Could you expand on the symbolism the Penelope project uses?

For both Penelope and me, waiting for our significant other is sublimated by an act of creation that transforms nostalgia into promise, daydreams into action, powerlessness into control, and absence in presence. For example, the immobile ice sculptures we made in the project are a physical representation of frozen expectations.

The Penelope Project is inspired not only by Greek mythology, but also by current political issues and climate change, making the project both pluralistic and evolutionary. The project isn’t one work of art, but rather a set of works that address central themes such as adventure - adventure that is clearly anchored in Antarctica's grandiose landscapes.

While he was in Antarctica, I asked Benoît to make some ice sculptures using the latex and plaster moulds produced in France before he left and to shoot time-lapse videos for my artistic project in his spare time. The ice sculptures he filmed reflect the climate and social concerns important to everyone involved in the project (me, other artists who contributed to the project, Benoît, IPF…) The ice is a fragile and ephemeral material in the mid-latitudes where we live, but it happens to be one of the strongest, enduring substances in Antarctica.

Each still frame in the video represents a moment frozen time since the sun never actually sets during the austral summer at the Princess Elisabeth Antarctica, giving the illusion that time is frozen. In one stop-motion film, you can see a shadow that revolves around a sundial. The ice dolls mark time, which is meant to symbolize the eternity Penelope felt as she was waiting for Ulysses' return.

But with climate change and the passage of time, one can only wonder how long the ice will last. Erosion, sublimation, and warming temperatures are hostile to ice in Antarctica, just as they are to the ice dolls in the time-lapse videos.

Other videos in the installation show people merging with the landscape around them yet not disappearing. They also represent the climate migration crisis that will happen in the future if not enough is done about climate change.

What were the major milestones in the project?

We accomplished my initial vision for the project in several discontinuous phases over two years. However, I wouldn’t consider the project to be over. It’s a constantly evolving project.

I did a lot of the initial preparatory work in the two weeks when I was waiting for Benoît to leave for Antarctica the first time in 2017. I started reading as much as I could about the continent and the polar regions in general. I read some polar research, but I was especially interested in learning more about explorers who travelled to Antarctica such as Dumont d’Urville, Paul Emile Victor, and, of course, Alain Hubert.

Plastic artist Maxime Vernier involved in the project helped me to create latex and plaster moulds for the ice sculptures Benoît made for the time lapse videos. For that, we worked with Olivier Testault from the local FabLab in Besancon &lt;link&gt;. We used their 3-D printer to create the characters and produce some of the plastic pieces used in the short film. Stephan Angelier helped to handle post-production of the photographs. It was a long creative process before the latest and plaster moulds were ready for Benoît to take to PEA.

The first year we didn't know what Benoît might be able to do there in terms of his availability to work on the project, or if weather conditions would allow him to film outside. We made improvements and alterations throughout the project. The second year Benoît went to Antarctica we focused on enhancing the system for filming the time-lapse videos. Increasing the battery life of the camera was important, as we needed to shoot over 36 hours to have enough time-lapse footage for one video.

Benoît recorded more material than we needed, so we had to edit out a few parts of the project that didn’t work until we had a solid final product that I could be proud to show.

And now after two years of waiting the public finally gets to see some of the work?

The Penelope Project was originally supposed to be shown at the Besançon Museum of Fine Art and Archaeology in April 2020. After COVID-19 pandemic forced the closure of art galleries and museums, the exhibition was initially postponed until 2021, and then, unfortunately, cancelled.

The exposition opens on February 24th and will remain open until April 24th. If you happen to be in Besançon, I suggest that you check it out.

In the meantime, we're still looking for other exhibition venues and additional funding.