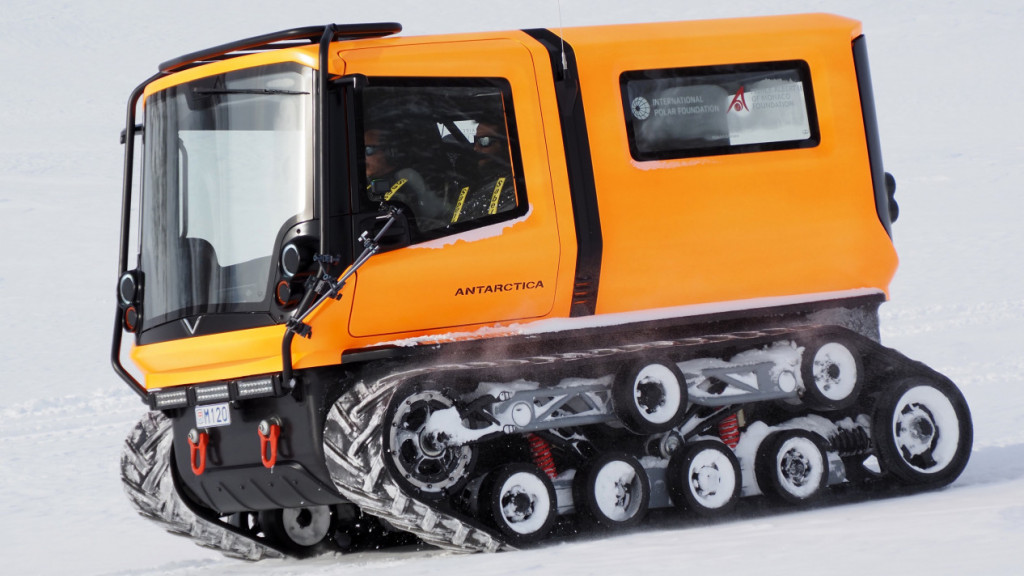 The entire team is excited to be field testing a zero-emission vehicle charged with renewable energy produced by the PEA station. The Venturi Antarctica allows scientists to further reduce the carbon footprint of carrying out research when they use it to go on field expeditions.

During its first week in operation, the groundbreaking vehicle has carried out missions to support the work of scientific research programmes, including conducting maintenance work on a number of automated weather observation stations and the new Belgian atmospheric observation station on the Antarctic Plateau at an altitude of 2,300 metres. During its journey in the field, the team took snow surface temperature measurements in-situ in order to validate the same measurements taken via satellite.

The Venturi Antarctica also took part in a simulated safety field training  exercise to rescue someone who was trapped at the bottom of a crevasse, demonstrating its use as a multi-purpose transport vehicle.

With bench seats that can fold down, the vehicle is able to transport up to six people, equipment, and even a second battery to extend its range of 50 to 200 kilometres. It is designed to operate in temperatures as low as -50°C.

The groundbreaking electric vehicle will become part of the Princess Elisabeth Antarctica’s fleet, helping to further reduce the carbon footprint of conducting research in Antarctica.

You can read more about this world first in a press release issued on Friday December 17th.