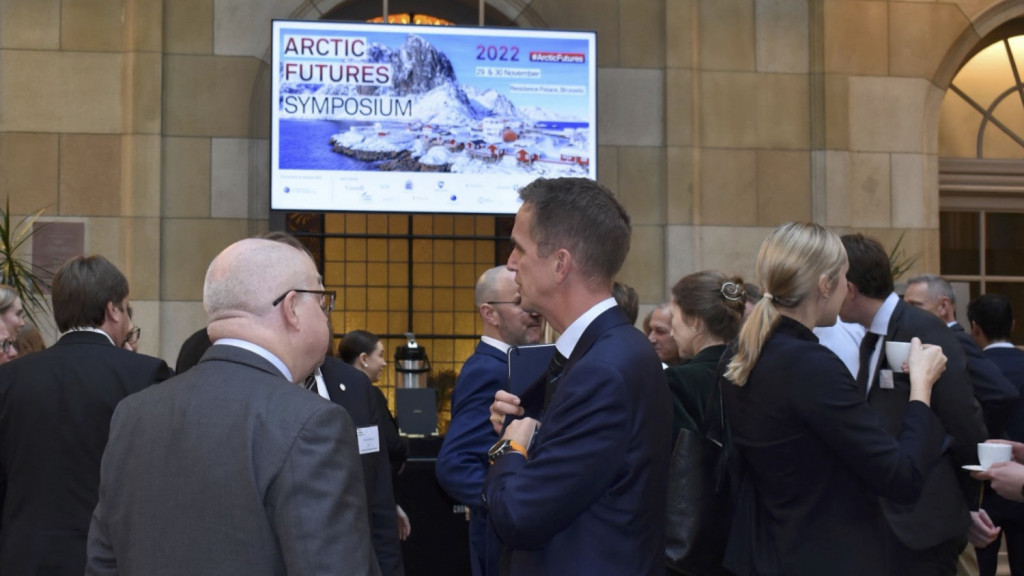 Offering a 360° view on the Arctic region, its society, its interests, and its challenges, the Arctic Futures Symposium provided more than 180 participants the opportunity to discuss matters of importance to all Arctic stakeholders with the participation of a number of high-level speakers from Arctic Countries and the EU Institutions.

Topics ranging from Arctic governance, Arctic stakeholders, research cooperation, innovation, and the Arctic as a great place to live and work were discussed at the annual event, which took place at the Residence Palace in Brussels’ EU Quarter.

In addition to two days of thought-provoking discussions, the symposium also featured some comfort food staples from the Arctic, including kleinur (Icelandic doughnuts) baked by the partner of Iceland’s Ambassador to Belgium, as well as reindeer meat from Arctic Norway.

The event was simultaneously streamed online, allowing hundreds to watch the event live. Recordings of the symposium panel discussions are available on the IPF YouTube Channel.

Reporters from EU Today, EU Reporter, and EU Political Report took note of key points speakers brought up during the event, publishing several articles focusing on both environmental and political aspects discussed during the Symposium. The topics covered include the implications of Russia’s unlawful invasion of Ukraine (on both academic research and political cooperation), the evolving role of the Arctic Council, the interests of non-Arctic stakeholders, the threats posed by climate change, and potential opportunities arising from the 2021 EU Arctic Strategy.

A sample of these articles include:

EU Political Report, “The Arctic Has Been a Black Hole for Belgium, but That Is Set to Change”

EU Reporter, “Arctic 'all the more important' in wake of Russia's invasion in Ukraine, conference told”