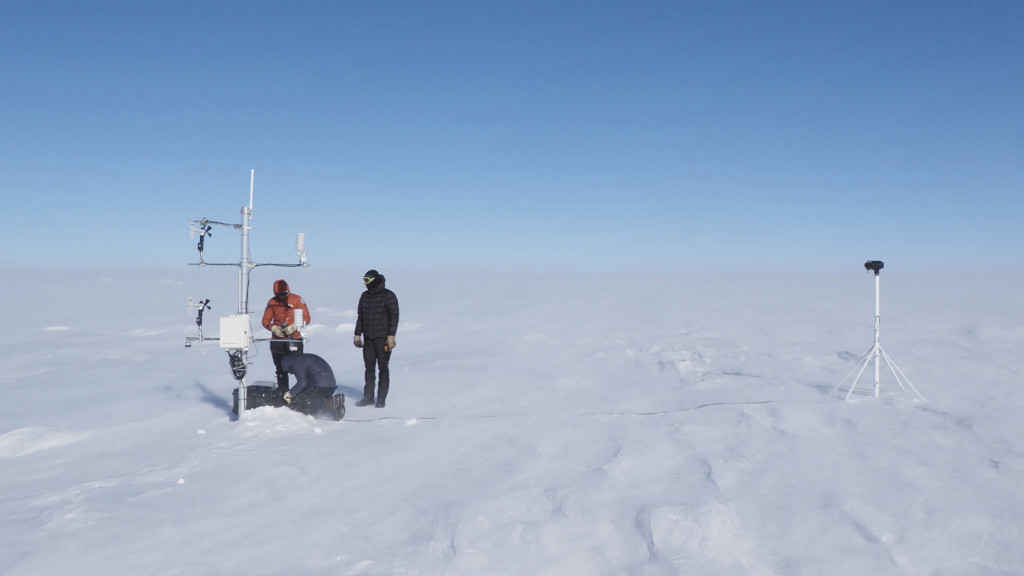 Following the mandatory two-day field safety training that all newcomers must go through, they’ll get to work on their respective research programs.

The BAMM project - an international team of Belgian, American, Swiss, and Japanese scientists led by Vinciane Debaille from the Université Libre de Bruxelles (ULB) - will be hunting for micrometeorites in the moraines of the southern Sør Rondane Mountains (SRM), just a few hours from the station.

As the meteorite hunters will be camping on-site for a week while they scour the landscape for extraterrestrial rocks, this past week, the IPF team has already gone ahead to prepare their equipment and a campsite with a kitchen and tents so they can simply arrive and get to work looking for micrometeorites. This will allow the scientists to maximize the short time they have available to perform their research in the field. Veteran field guide Manu Poudelet will accompany them during their week of camping.

After the BAMM team returns to the station, they’ll focus on shorter day trips via Skidoo to look for micrometeorites in the vicinity of PEA.

Meanwhile, Quentin Vanhellemont from the Royal Belgian Institute of Natural Sciences (RBINS) has returned to work on the Horizon 2020-funded HYPERNETS project. His project is looking at albedo at different points on the planet, including at the Princess Elisabeth Antarctica, using an instrument called HYPSTAR. The instrument is used to calibrate satellite measurements of light reflectance on diverse types of surfaces such as water, vegetation, sand, and in this case ice.

Simon Steffen, the son of deceased IPF Honorary Member Koni Steffen, is back to work on the Princess Elisabeth Antarctica Climate Experiment (PEACE) project, which consists of a transect of automatic weather stations (AWS) from the coast to the Antarctic Plateau. Simon is in charge of maintaining and collecting data from all of the AWS. This season, with the help of IPF engineers Johnny Gaelens and Nicolas Herinckx, Simon will link up all four of the weather stations so they can communicate with one another and the station so that the data they collect can be shared online.

The scientists will spend Christmas and New Year’s at PEA. They’ll stay until January 9th, when the next departing flight is scheduled to leave.

Following the first successful test of the world’s first electric polar exploration vehicle, the Venturi Antarctica, two engineers from Venturi have arrived to do maintenance and software upgrades on the vehicle and make some improvements, mainly on the treads.  an additional objective will be to increase the vehicle’s range to 100 km from the station by improving its battery capacity.

The vehicle has already been put to use transporting scientists and their equipment to remote locations in the field. Alternatively, the vehicle can transport up to eight people at a time and be used for scientific purposes with equipment attached to its frame, operating as the vehicle drives. The Venturi Antarctica can also be used as a rescue vehicle in case of emergency.