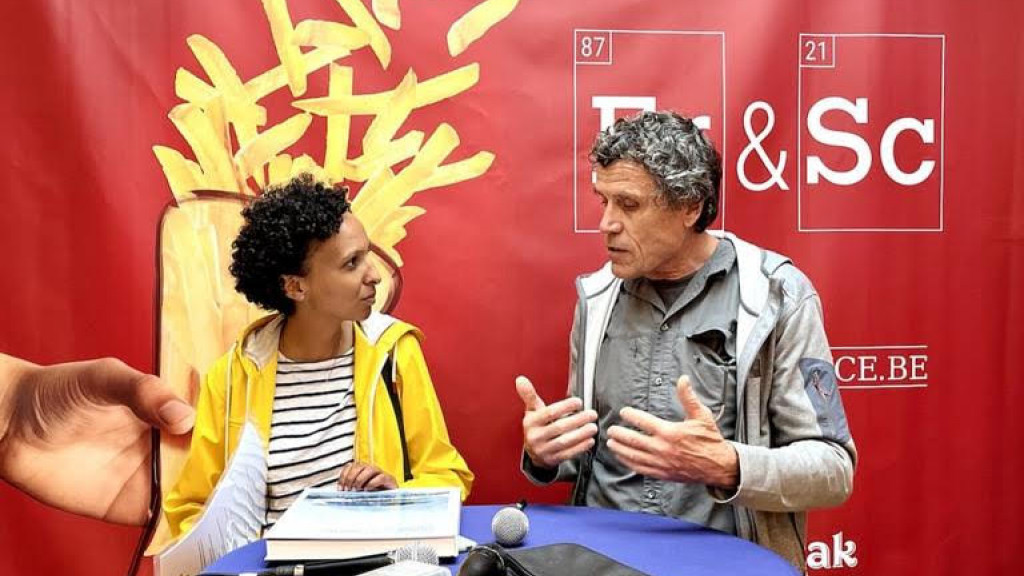 This delicious initiative hosted every Wednesday afternoon by Daily Science and the PATATAK friterie in St Gilles Commune in Brussels allows any science enthusiast to discover the latest scientific developments, discussions, and challenges - all while enjoying a portion of Belgian fries!

Sharing his numerous interests and passions, Alain Hubert made a memorable contribution to the inaugural edition of the event. Focusing on the importance of scientific innovation, he motivated everyone to hold on to their hopes and dreams - just like he did when he began his career as a polar explorer, and later when he founded the International Polar Foundation in 2002.

Alain Hubert indulged the event’s participants with stories about his first-hand experiences of trekking across the Arctic and the Antarctic.

He also talked about one of his dearest projects: the Princess Elisabeth Antarctica, the world's first (and so far only) zero-emission polar research station. Highlighting the importance of international scientific cooperation, Alain Hubert explained the station’s mission as a platform to support polar scientists from anywhere in the world in their research operations.

IPF applauds the “Frites & Sciences” initiative as a way to connect the general public with scientific research. We look forward to seeing what will be on the menu for upcoming editions!