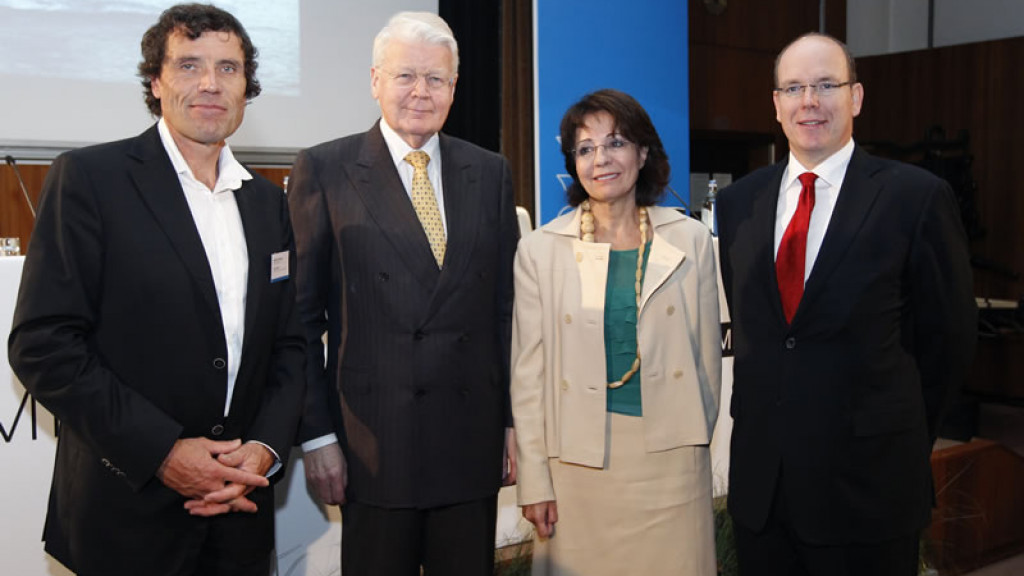 Over the course of two and a half days, several high-profile speakers shared their views on a developing Arctic. After the inaugural address of IPF President Alain Hubert, Danish Senior Arctic Official Nauja Bianco, European Commissioner for Maritime Affairs and Fisheries Maria Damanaki, and Executive Director of the European Environment Agency Prof. Jacqueline McGlade delivered speeches and presentations in their various areas of expertise before HSH Prince Albert II of Monaco addressed the symposium on the importance of polar research and developing marine protected areas as well as the need to look for sustainable solutions in developing the Arctic on a case-by-case basis.

Following the Prince's speech, representatives of the various Arctic Council nations spent the remainder of the morning and early afternoon delivering speeches and debating. Speakers included Ambassador Gustav Lind of Sweden (the country which currently holds the chairmanship of the Arctic Council) and Ólafur Ragnar Grímsson, President of Iceland, who discussed the various challenges and opportunities presented to Iceland in the context of widespread climate change in the Arctic.

At the end of the first day, executive secretaries of a number of Arctic Council working groups and a representative from the shipping industry discussed the latest developments in maritime transport, monitoring and managing Arctic biodiversity, and Arctic pollution in a roundtable discussion led by Prof. Lawson Brigham of the University of Alaska, Fairbanks.

The second day of the symposium focused on scientific research and natural resource exploitation in the Arctic, with IPCC Vice Chairman Jean-Pascal van Ypersele from the Université Catholique de Louvain as a featured moderator of one of the sessions and Prof. Jean-Claude Gascard from the Université Pierre et Marie Curie in Paris giving a presentation on the new Arctic Climate Change Economy and Soceity (ACCESS) project funded under the European Commission's Seventh Framework Programme (FP7). Other topics addressed included the melting Greenland Ice Sheet, predicting how the Arctic will respond to warming, changes in sea ice and permafrost, the various satellite and buoy observation networks used to look at the Arctic, and balancing natural resource exploitation with ecosystem management and other stakeholder interests in the Arctic.

The third and final day saw the enthusiastic testimony of representatives from various Arctic indigenous peoples, who advocated better communication and reinforced collaboration between politicians and industry representatives with the indigenous peoples of the the Arctic. The conference ended with a speech by SE Michel Rocard, French Ambassador to the Arctic and former French Prime Minister on the need for international cooperation in the Arctic.

This year's symposium was a huge success on many levels, as it offered a forum for Arctic stakeholders from a wide variety of backgrounds and disciplines who often don't meet one another a chance to discuss the pressing issues facing the Arctic while offering participants, which included students, academics, politicians and representatives of industry, an excellent venue to exchange ideas and network.

The IPF would like to extend its thanks to all who made this year's symposium a success.

More information on Arctic Futures 2011 can be found under the 'Projects' link on this site.

* This page includes material which is copyright 2011 Reuters. All rights reserved.